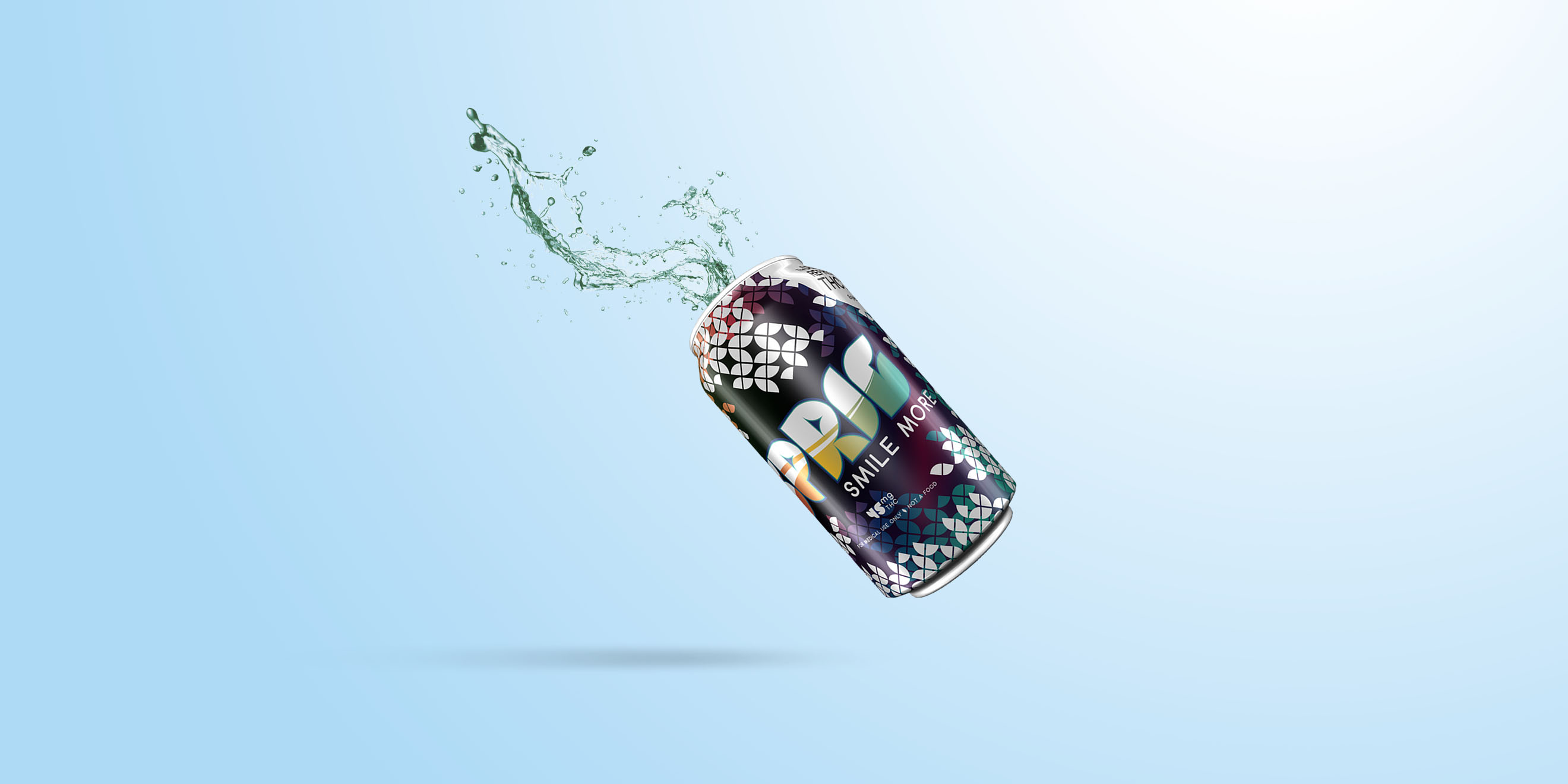 Drink Sprig Inc. is a leading carbonated THC beverage servicing the medical marijuana market in California. The founders and co-owners of Drink Sprig Inc. approached me to redesign their branding and their soda can design. My supervisor at Sage Hill School had put me in contact with them and it sounded like a totally different kind of project. In hindsight, it might not have been the best project for me because I knew nothing about the THC industry, medical marijuana - nothing about it! For the most part, I still don’t.
‍
It might come as a surprise to hear it today, because there are so many well-designed medical marijuana brands out there, but only a few years ago that was not the case. The owners of Drink Sprig Inc. felt that the way to differentiate themselves was to ditch the overly clinical look of their competitors. What they wanted was something like the branding you see on craft beers: colorful and energetic. Now they all look like that, but Drink Sprig Inc. was really ahead of the industry in that respect. It’s great when a client has a strong sense of what they want. Their only concern was that the Soda might start to look like a drink for potheads, rather than a legitimate medical beverage. We worked hard to maintain that balance.

Drink Sprig Inc. had been using a very generic text-based logo which wasn’t pulling its weight. It didn’t offer any unique quality to the brand, and was designed for them by a marketing company that offered “custom logos” as a side product. It turned out that this company had provided exactly the same logo to another company called Sprig in a different sector. That kind of lazy, cookie-cutter work is one of the things that ruins the design industry. Deep down, I was really fired up by the discovery and decided to really break the mold of Sprig’s pre-existing branding.

I put together 9 different logos that covered a pretty broad range of new, energetic looks for the brand. Ultimately, none of them made the cut. However, a few of the more geometric options inspired a final logo that worked better with the brand elements they wanted to retain. What is nice about the new logo is that it is bold and proud. Sprig’s owners really wanted it to pop off the shelf, and this logo made it as eye-catching as most normal soda brands. Stacked alongside their understated medical THC competitors, there was no doubt which one was Sprig.

The great thing about working with Sprig was that when it came time to work on their Soda Can, they were already equipped with proper specs from their can supplier. Having never designed a soda can, I was really worried about the proper safety margins, bleeds, and the like. With the specs at the ready, that stress factor vanished and we could focus solely on the design. We went through another round of 9 concepts for the can, which is where we ran into disagreements.

The major issue was that I wanted them to drop the geometric pattern that they were using on the cans - it was detracting from the energy of the new logo, and it was consuming valuable real estate on the can itself. For this kind of packaging design there needs to be room for the nutritional and caloric information. In my opinion the pattern had to go or else the can would end up too cluttered. Unfortunately, I lost that debate and we came to a compromise by tilting the pattern, which at least helped keep the design moving. 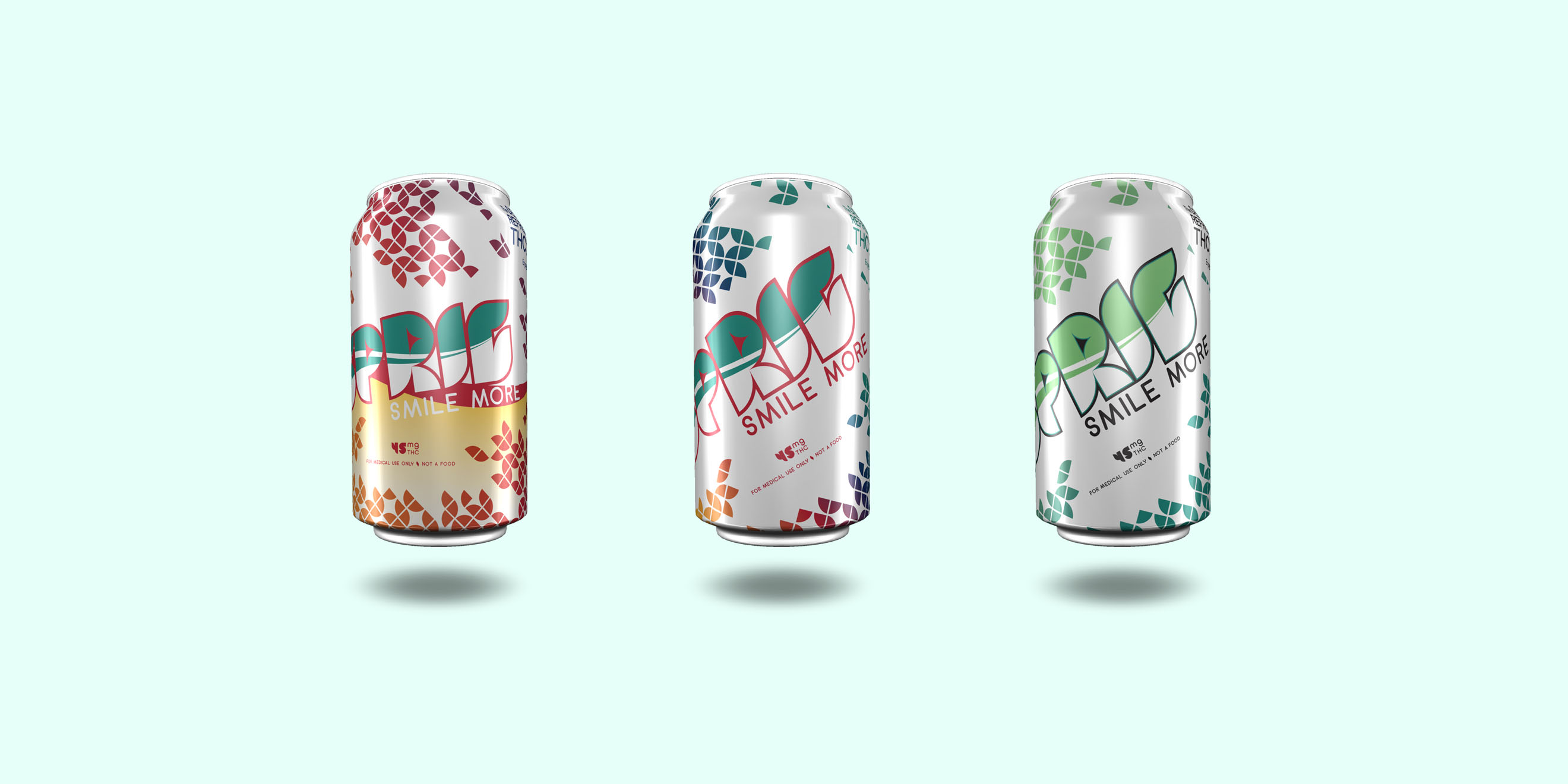 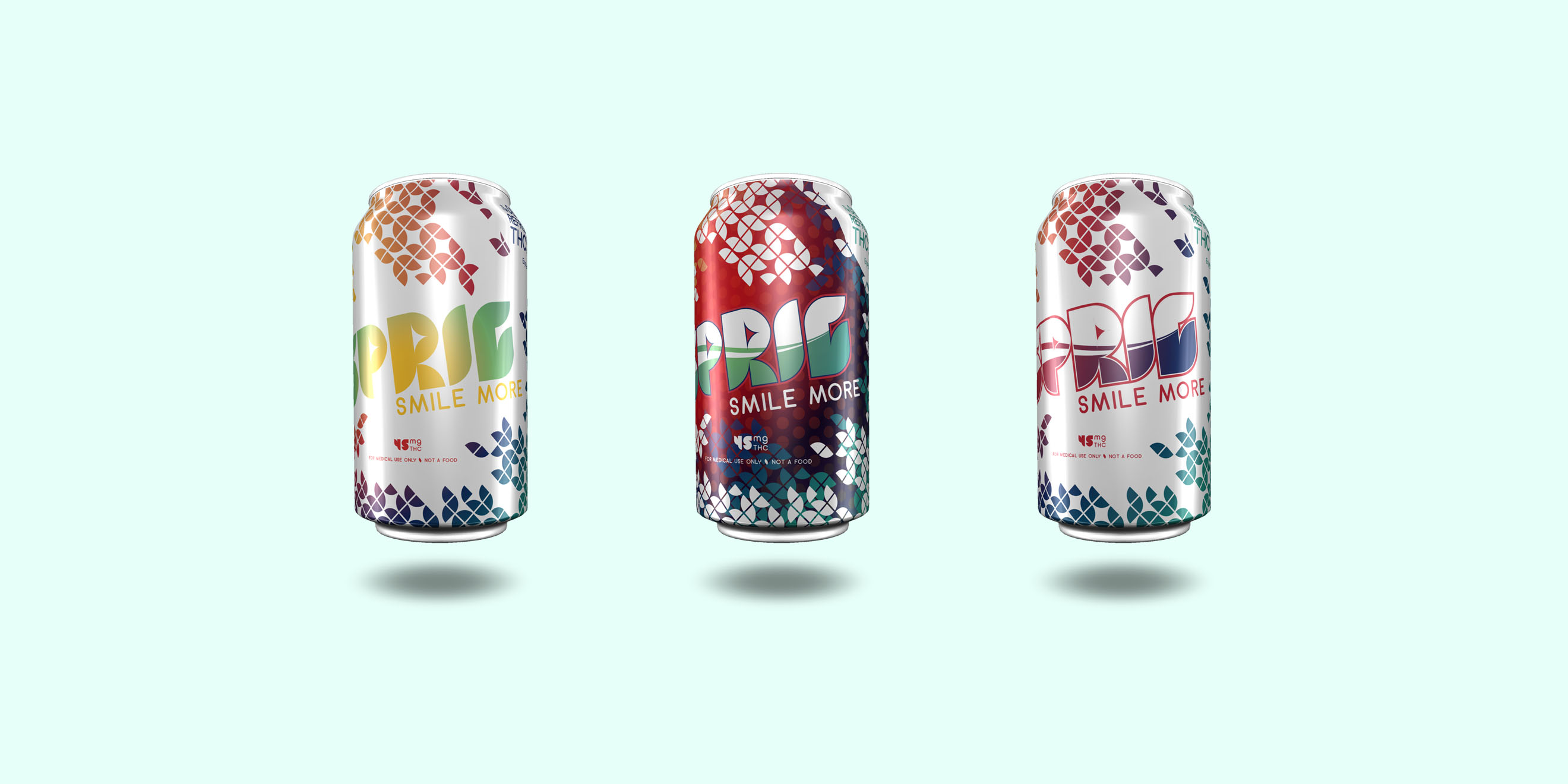 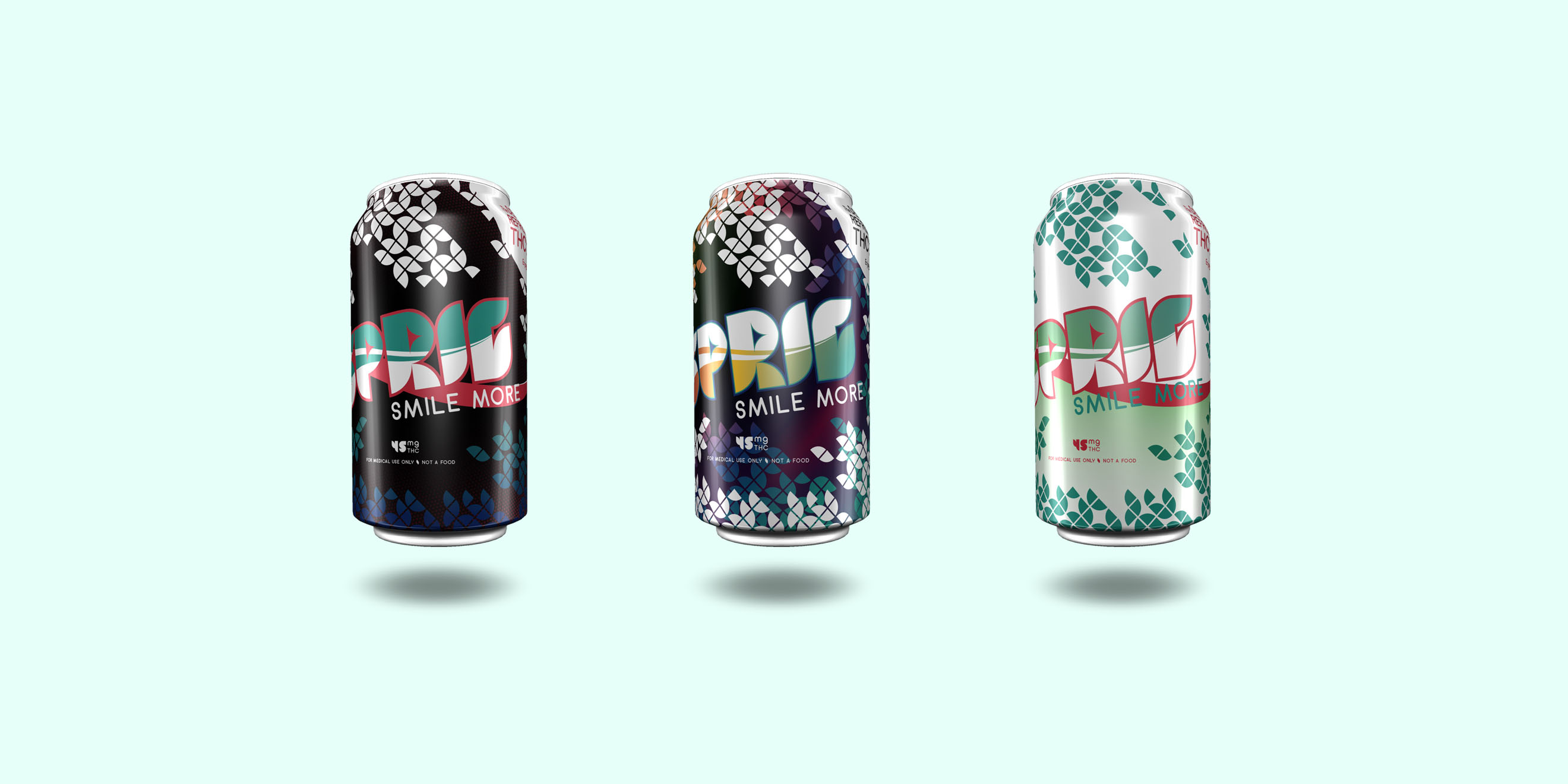 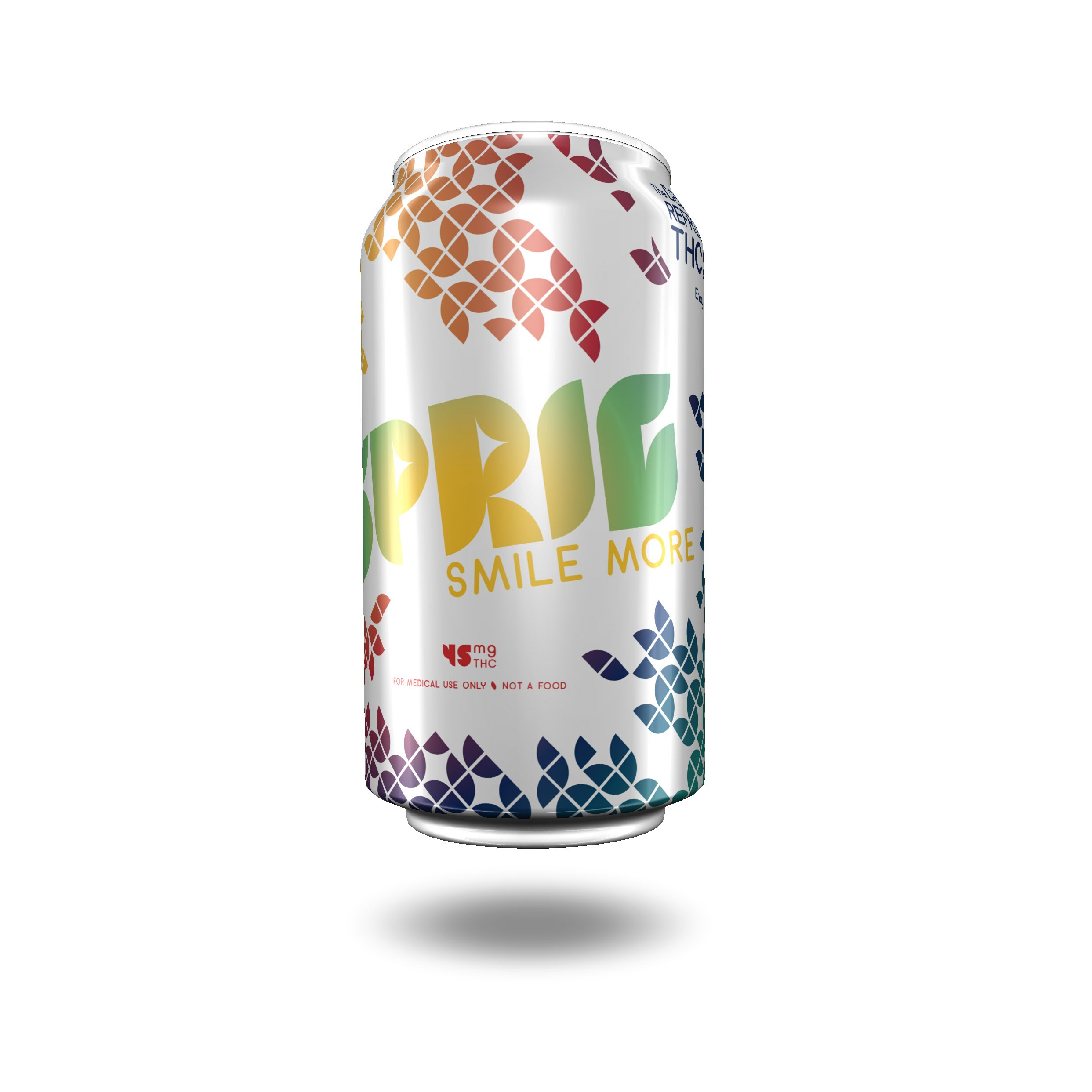 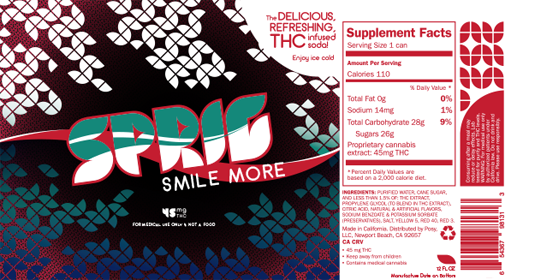 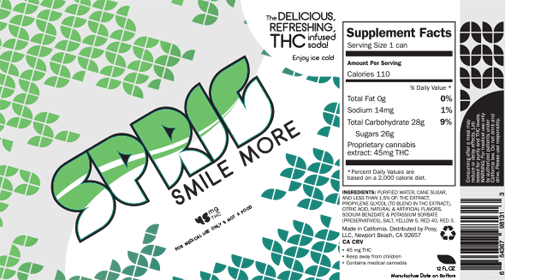 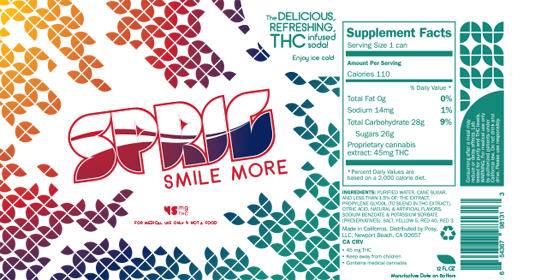 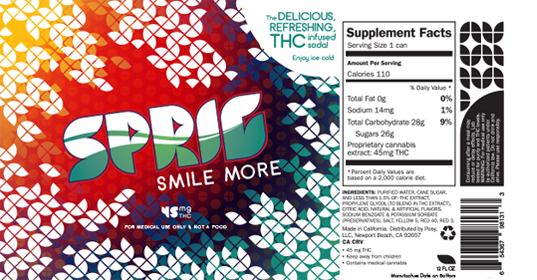 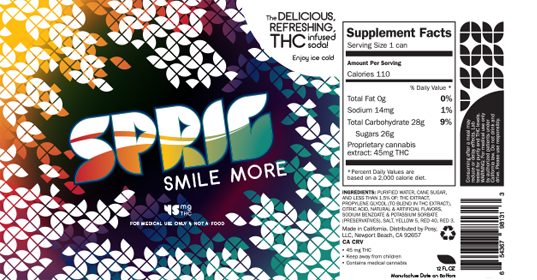 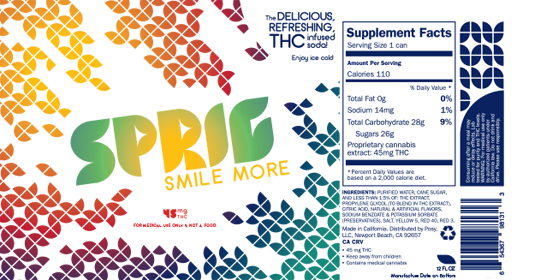 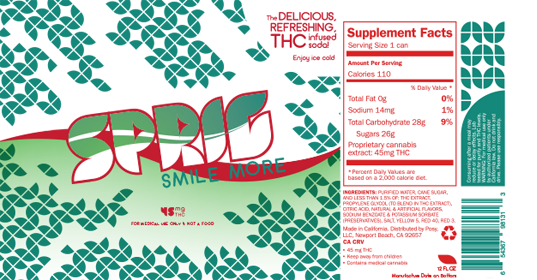 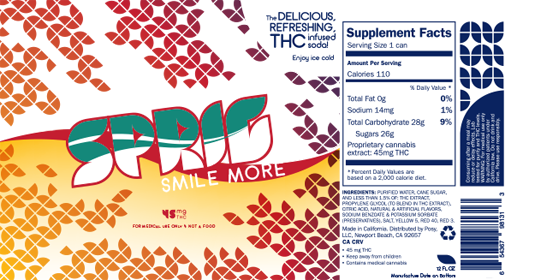 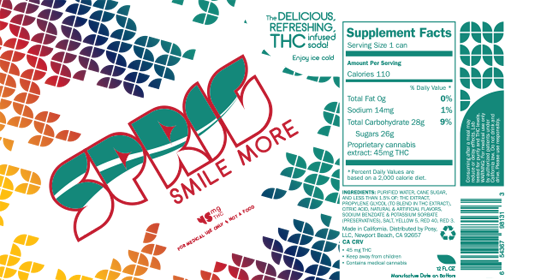