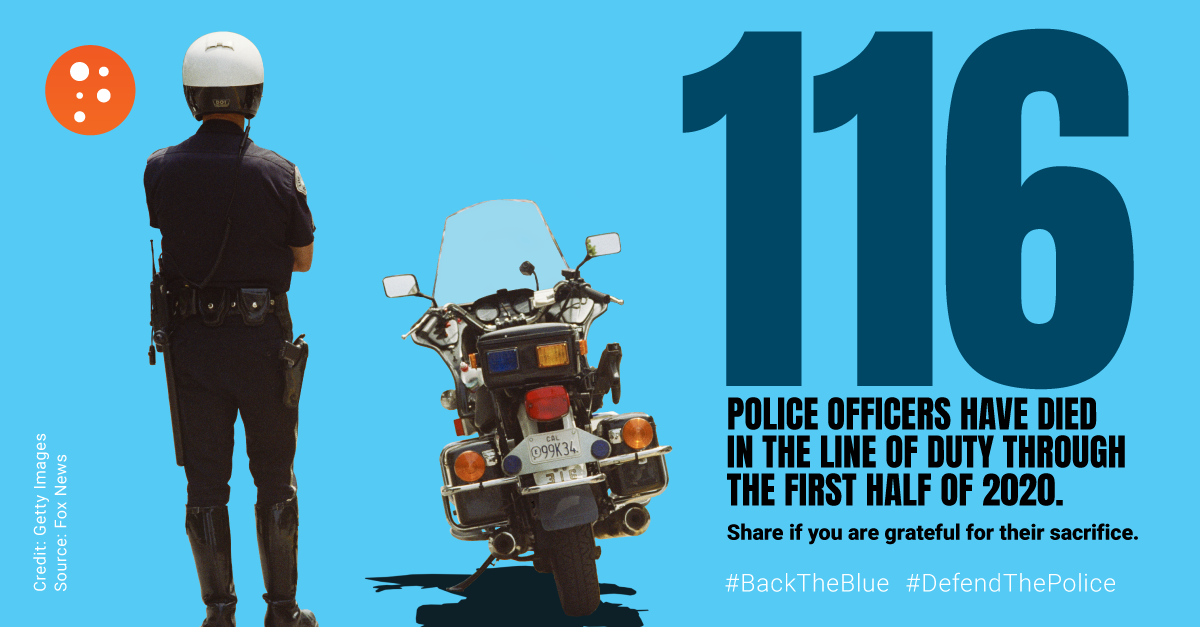 BACK THE BLUE SOCIAL MEDIA CAMPAIGN

In 2020, the Black Lives Matter terrorist group accelerated their efforts to attack and vilify America’s police officers. PragerU has been a longtime supporter of the men and women who prevent crime and our team decided to fight back using a new tool. Our response effort was dubbed the Back The Blue campaign, and it sparked a viral multi-week-long national movement to support the police. The campaign was an all-hands-on-deck effort, during which I played a number of different roles. This project is one of my favorite ones that we’ve done at PragerU for multiple reasons so let’s dive in.

Have you ever wondered how radical groups like Black Lives Matter manage to muster up apparently grassroot campaigns that go viral like the black squares on Instagram? Study after study finds that these groups are not supported in any major way by most cross-sections of society. For example, the majority of black Americans do not identify with the radical marxism of BLM. Meanwhile, they do support the police officers who combat gang and drug activity in the inner city communities which are predominantly black.

So how is it that fringe radicals can activate massive social media campaigns with hardly any support? Better yet, why shouldn’t PragerU be able to do the same when we have a following of millions all around the world? These were some of the things on my mind around January and February. Basically, it was the age old dilemma: How to make something "go viral."
‍
Early in 2020 I had subscribed to the Democratic Socialists of America, Los Angeles chapter, email list and the answer presented itself while I was reading one of their weekly newsletters. In among the drivel about systemic oppression was a link to their “Social Activism Toolkit,” which turned out to be a publicly-accessible Google Doc detailing an entire campaign that they were prepping to demand the defunding of police departments in Los Angeles and elsewhere. This toolkit turned out to be a goldmine of opportunities for us.
‍
The Toolkit provided the addresses and contact details of the politicians & city council members who needed to be swayed for BLM’s efforts to succeed. Public forum call times were listed and advice provided on ways to fill up call lines - such as calling in 45 minutes early to ensure only BLM activists would have time to speak - as well as exactly what to say to force their issues.

The Toolkit also contained graphics that could be downloaded and shared to social media. The graphics were accompanied by pre-written tweets, captions, and the right hashtags to use. If you’ve never seen one of these toolkits, they are quite diabolical in their ability to make a small number of radical activists look like a massive public movement.
‍
What virtually no one knows is that this campaign turned into the George Floyd protests. However, they were planned at least a month prior to his death, which occurred just a few days prior to the Defund campaign launch. All of a sudden, I was seeing the Social Activism Toolkit’s language update in real time to center around his death as if the entire movement had been sparked by that event. That’s exactly how the mainstream media portrayed it, but the fact is that these radicals had planned it all in advance, and simply plugged Floyd into their mission in real time.

Subsequent updates identified the right neighborhoods to loot, the addresses of people to harass, such as small business owners who had not posted a black square on Instagram or donated to BLM. Outrage over Floyd wasn’t the driving factor. But stoking outrage helped further the real goal: destabilizing the social fabric.

Learn from
your enemies:

What I saw in the Social Activism Toolkit was an extremely low-cost, versatile tool - albeit one used for an evil purpose. I realized that this was a strategy that PragerU could reproduce with the same technology already available to us for a Back The Blue campaign. We really needed it too because conservatives tend not to be as social media-savvy as leftists. Maybe that’s a prejudice but it doesn’t change the fact that the toolkit could provide access for even the least-engaged supporter.

Ironically, the left has a pretty small active supporter base but they can leverage it in a way that conservative organizations with greater support have never mastered. The fact is that familiarity with social media platforms should not be a barrier to someone showing their support for American Police and we decided to empower them with our campaign.

The main campaign Toolkit was built in Google Docs and public access was provided so that anyone with the link could view the Toolkit. The PragerU content team created a content schedule that included two Twitter Storms, and a week-long docket of PragerU videos to share about the positive impact of police in America. The toolkit also contained numerous graphics to post on Instagram, Facebook, and Twitter. One graphic was selected to be delivered to our phone subscribers via push notification along with a link to the Toolkit.

A series of emails were built to announce and promote the campaign. A newsletter was emailed out one week prior to the launch of the campaign to our partner organizations, as well as major influencers and personalities that we wanted to participate and spread the word to their own followers. Examples included Candace Owens, Gina Florio, Dean Cain, Brandon Tatum, Pastor Jack Hibbs, Tomi Lahren, Kay James, Anna Paulina, and more. One of the big asks we made was for them to submit their own testimonial about the police which we then branded and published through the PragerU social platforms. On the day of the launch a second email was delivered to our full subscriber list inviting them to join the campaign and providing access to the Toolkit.
‍
Along with the general campaign, PragerU also led an outreach campaign directly to police stations via our student outreach program, PragerFORCE. Students in every state delivered donuts and signed thank you cards to police in their hometowns. The students recorded videos and took photos with police officers, which were then published to continue bringing attention to the campaign. It also helped to humanize the officers who had been painted as terrible monsters by the Black Lives Matter terrorist organization.

The Back The Blue campaign was a big success for PragerU in 2020. Several key metrics bear this out. The sheer number of people who participated - multiple hundreds of thousands of people downloaded and posted content from our Toolkit. At any given moment during the campaign, there were over 60 people accessing the Toolkit on Google Docs. The hashtags #BackTheBlue and #PragerU both outperformed all but 4 of the top-trending hashtags on Twitter although they were conspicuously not listed on Twitter’s official list. PragerU’s Back The Blue t-shirt also reached the best-seller list on our online store and continues to sell well months after the campaign.

All of this goes to show that the campaign successfully activated the sleeping giant that is the pro-police constituency. We were able to bring a voice to these people through social media and counter the damaging influence of the BLM movement. Many police has since written into PragerU to thank our team for supporting them when it seemed like the whole country had turned against them. 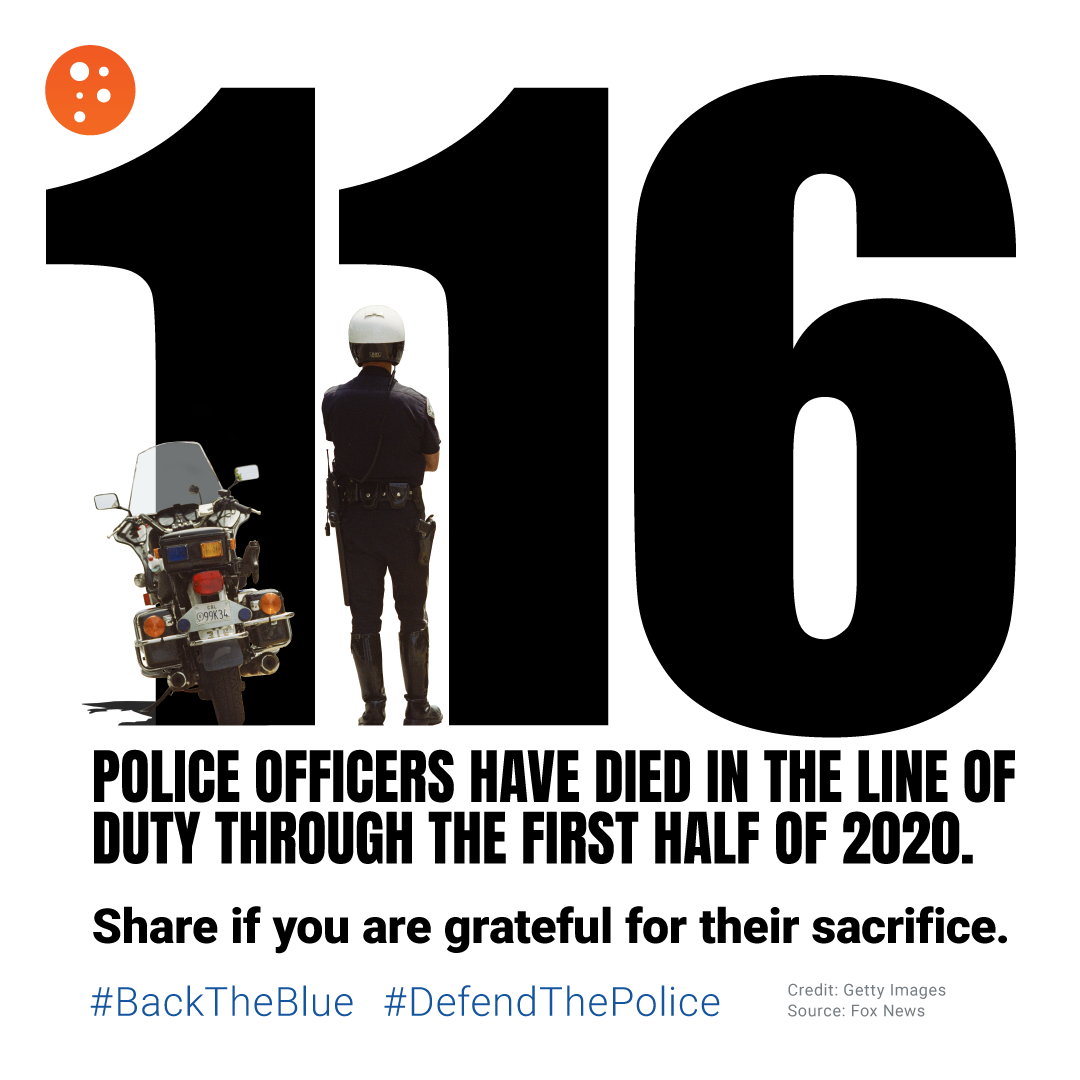 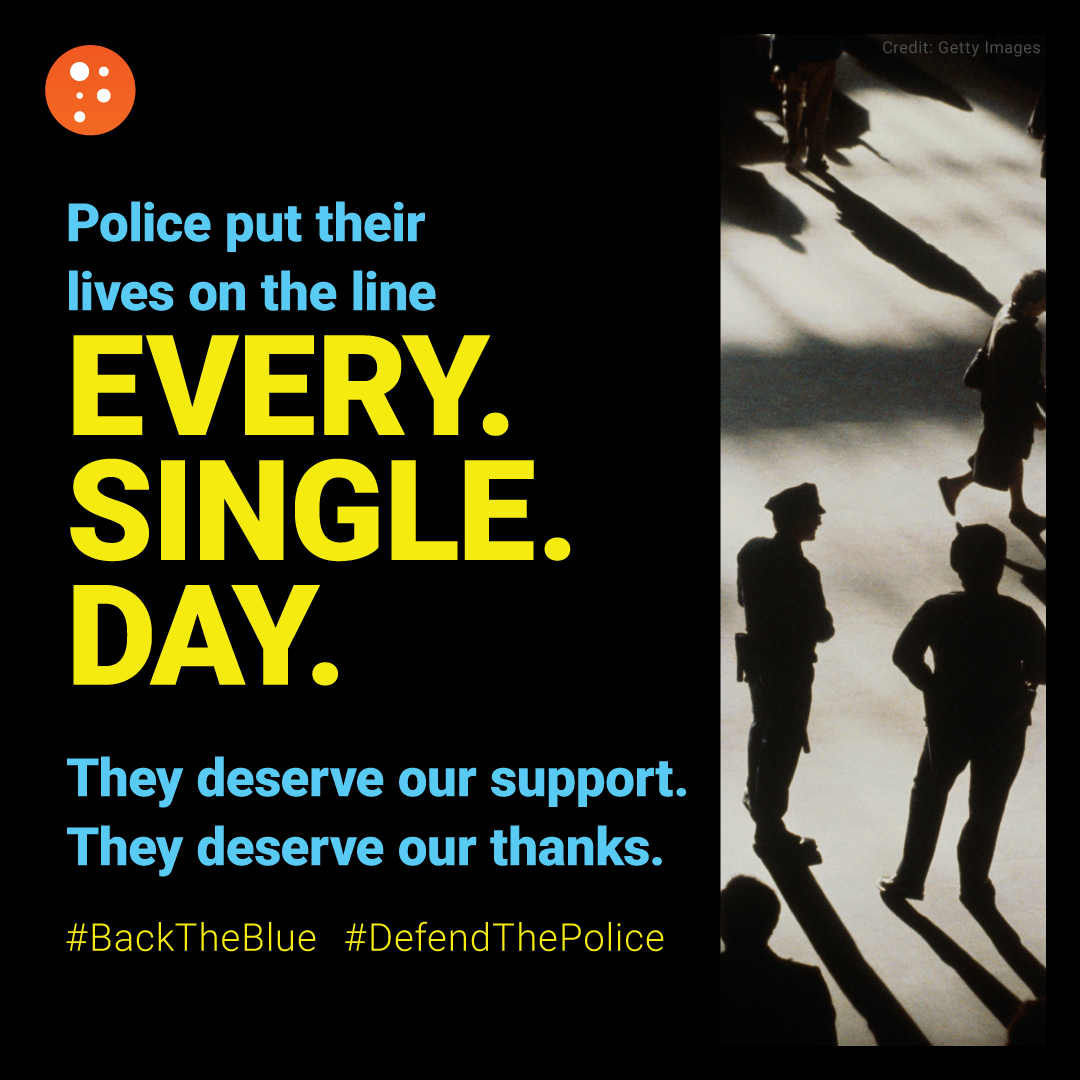 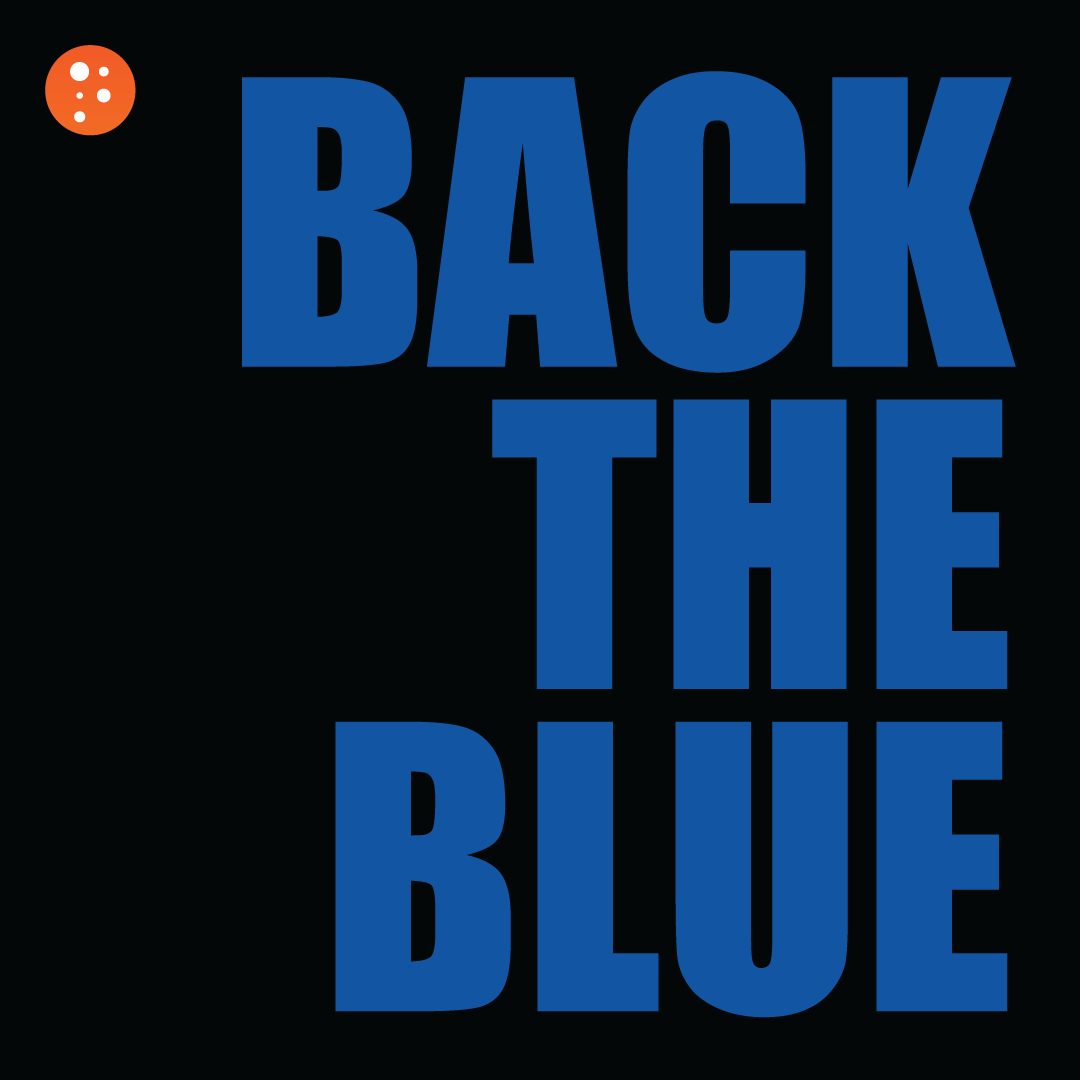 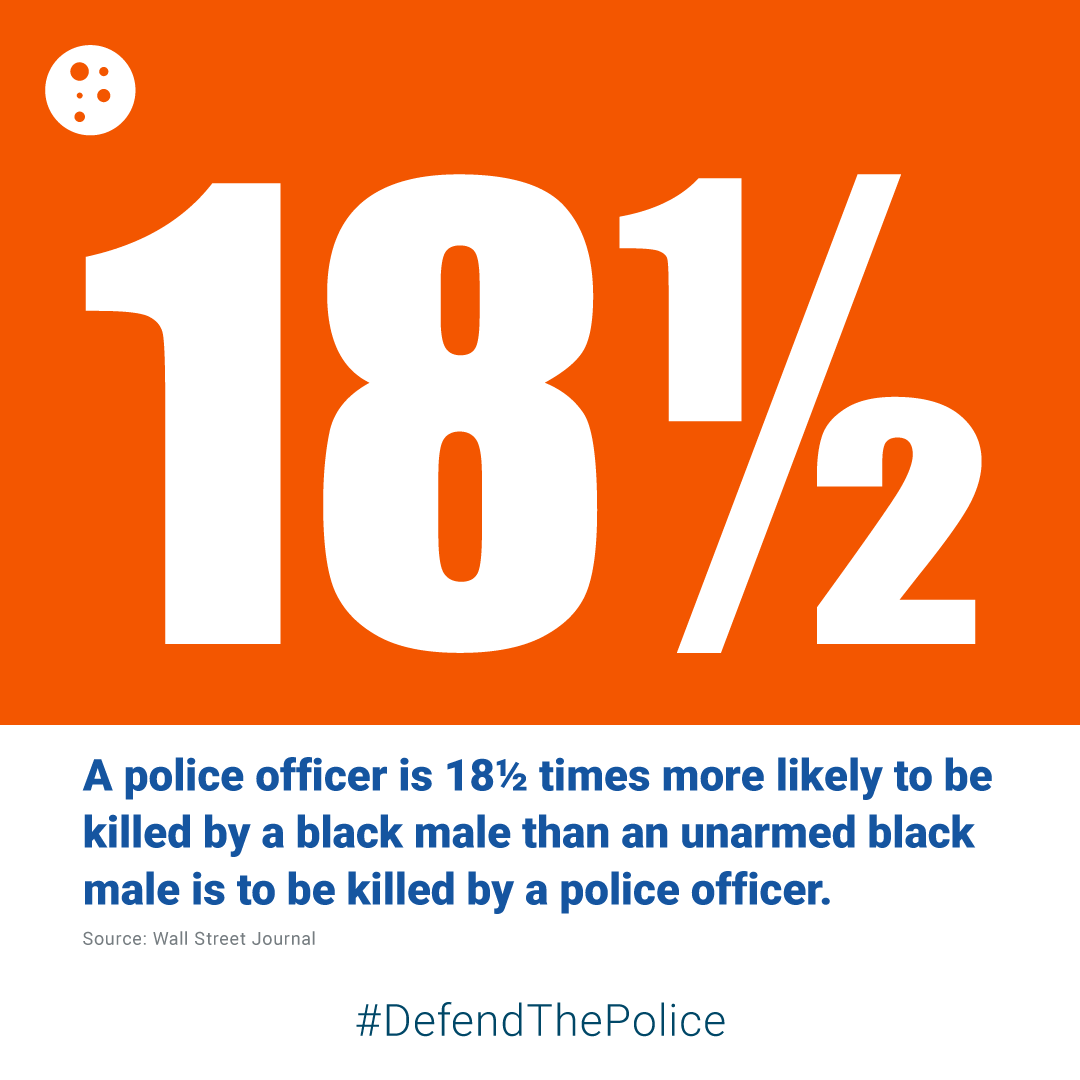 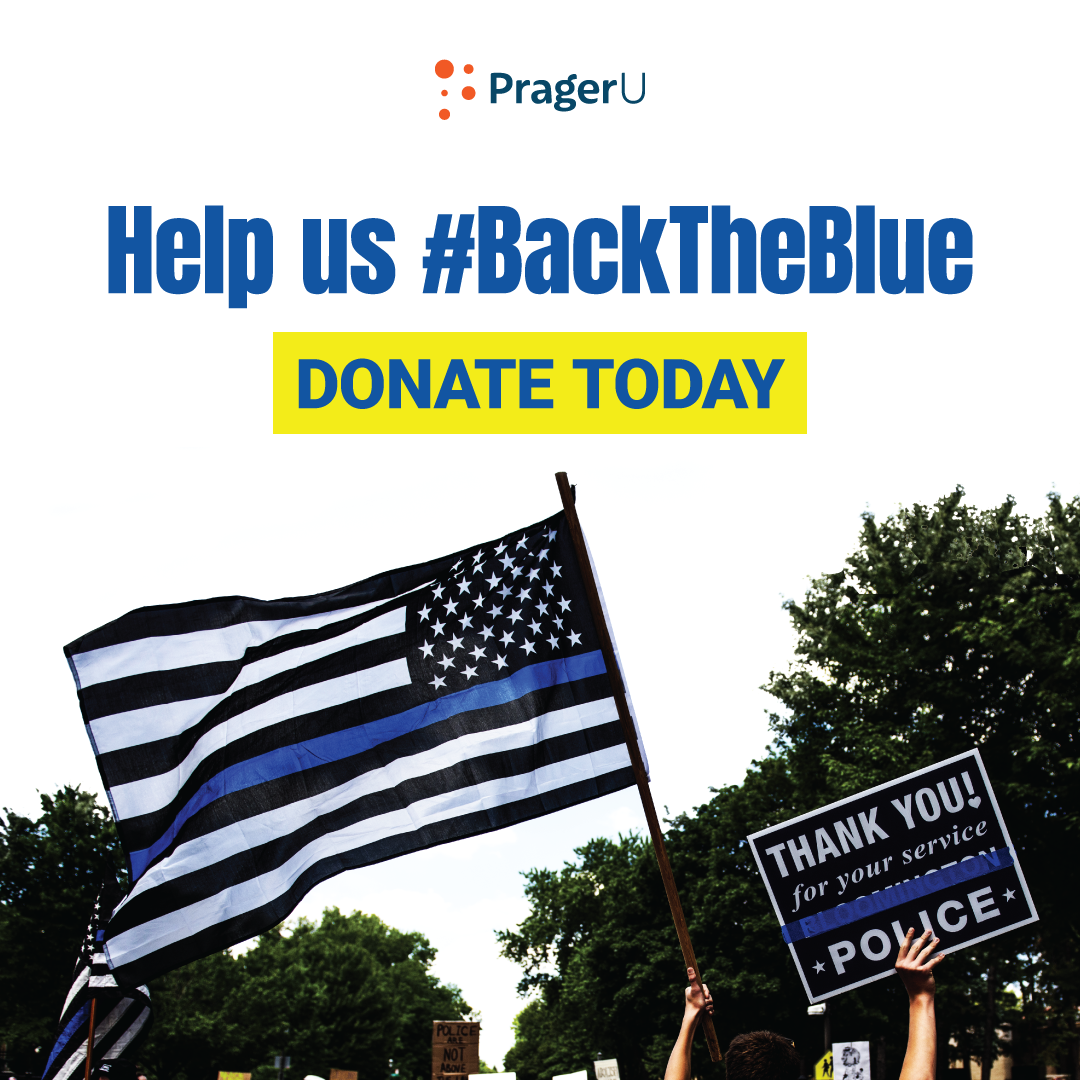 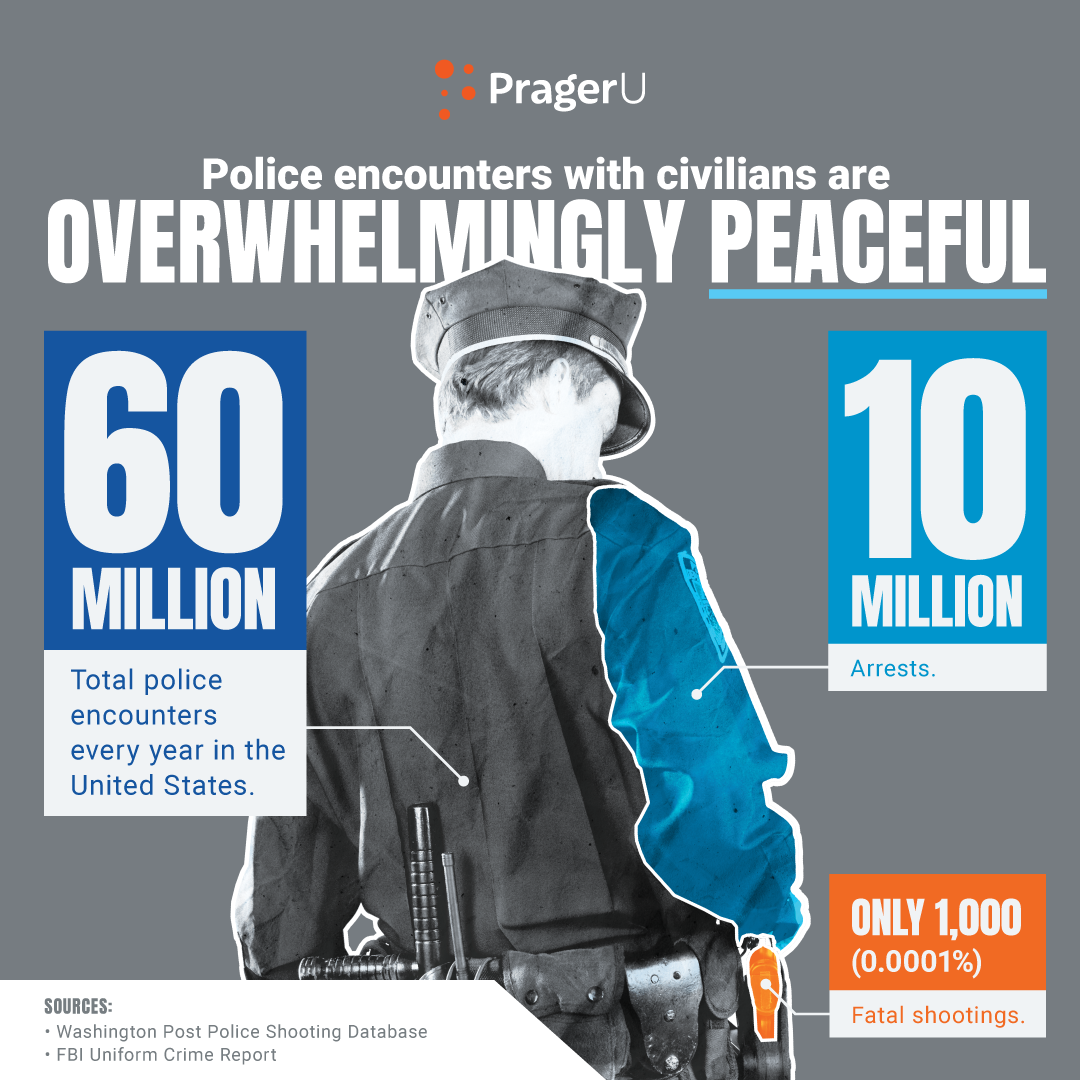 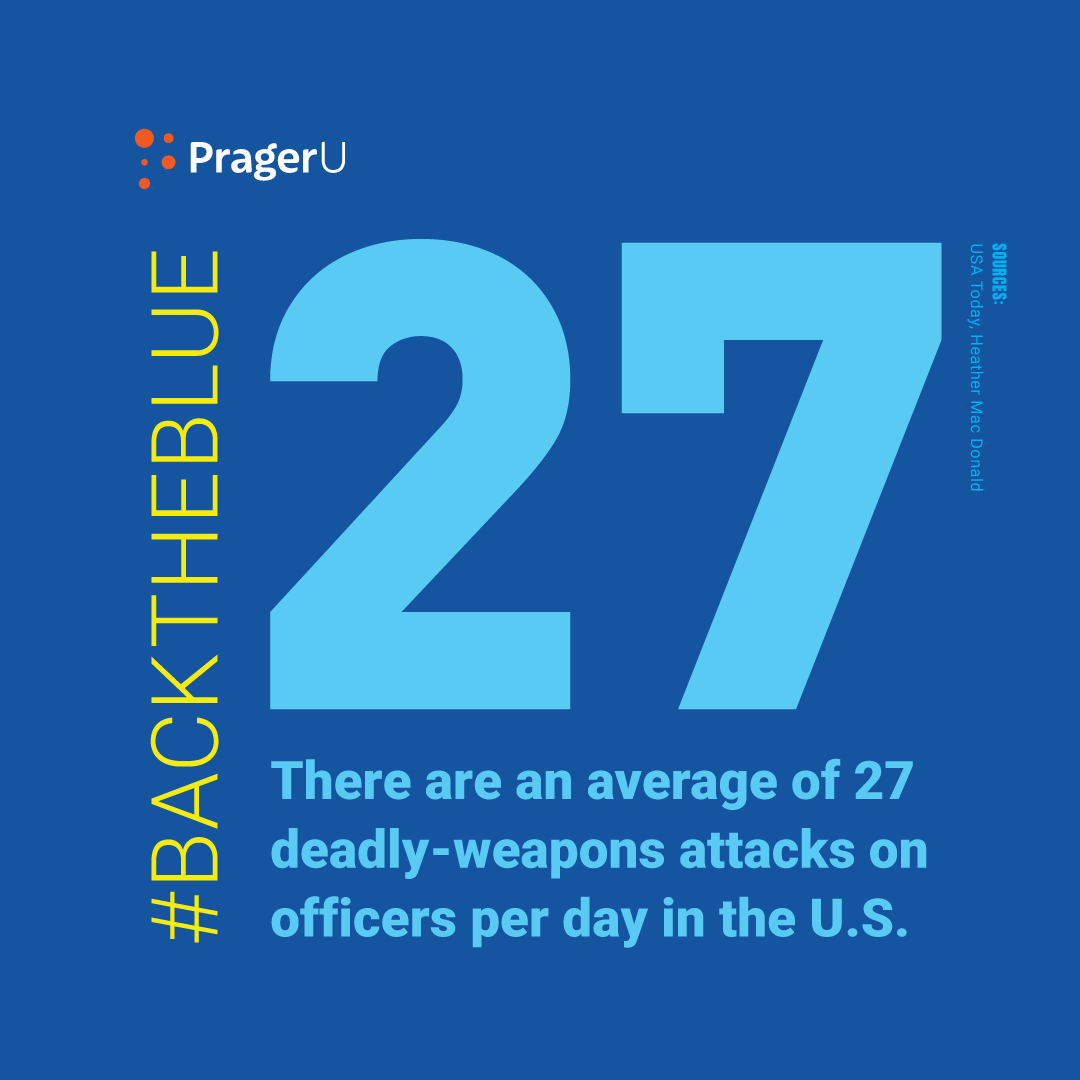